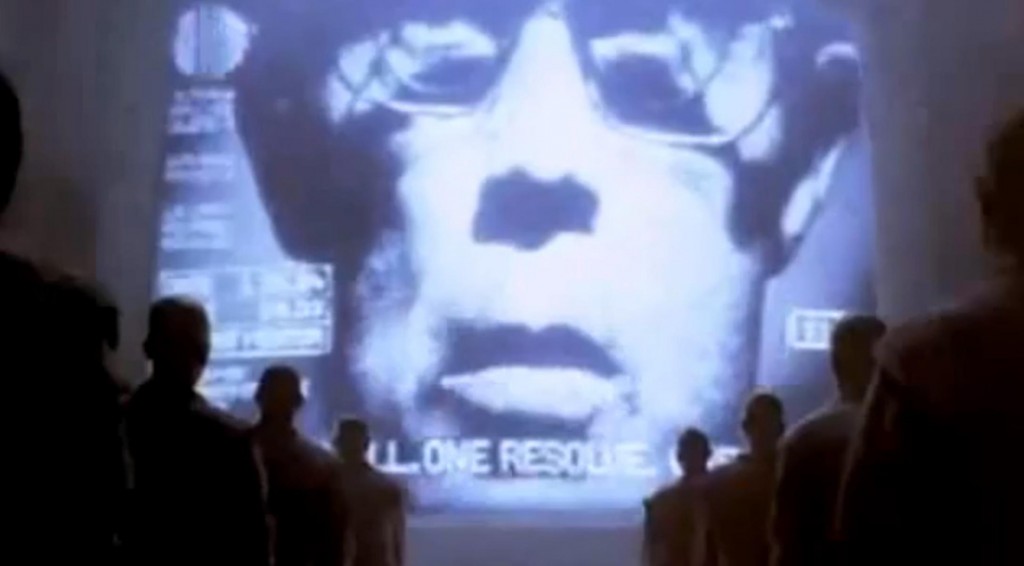 From Mac computers to make-up, here are six examples of super-strong brands that cornered their markets using different marketing strategies.

If you look at their histories and analyze the pivotal moments, you’ll find parallels and pick up tips on how your company can follow in their footsteps and stand on the shoulders of giants.

Anyone who remembers Apple’s computers from the 1980s knows its brand loyalty wasn’t always product led. Many of its computers, including the famous Macintosh, proved too expensive, too limited or too ahead of their time to find traction (anyone remember the Apple Newton PDA? Didn’t think so).

What sustained the brand through the ‘80s, as Microsoft grew to dominate Silicon Valley, was its success in building on its underdog status and turning its philosophy into a cause – and its 1984 Super Bowl TV ad was its watershed moment. Directed by film-maker Ridley Scott, the ad took its cue from George Orwell’s novel 1984 to make Apple’s proposition significantly more emotive than its competitors’ – as if those buying a Macintosh computer were making a stand against conformity. 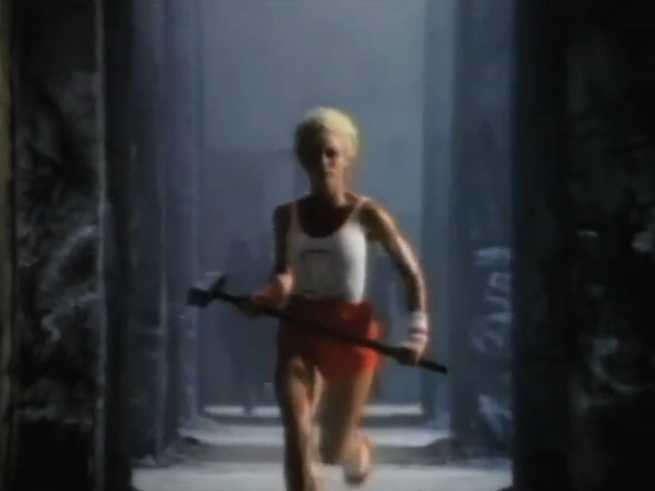 Advertising Age later named it the 1980s Commercial of the Decade, while in 2007 it was named the Best Super Bowl Spot in the history of the event.

You don’t have to be the biggest to be the best. Consumers love innovators and underdogs, and if you can frame your offering into a struggle to be recognized, then you can appeal to people’s hearts as well as their heads. 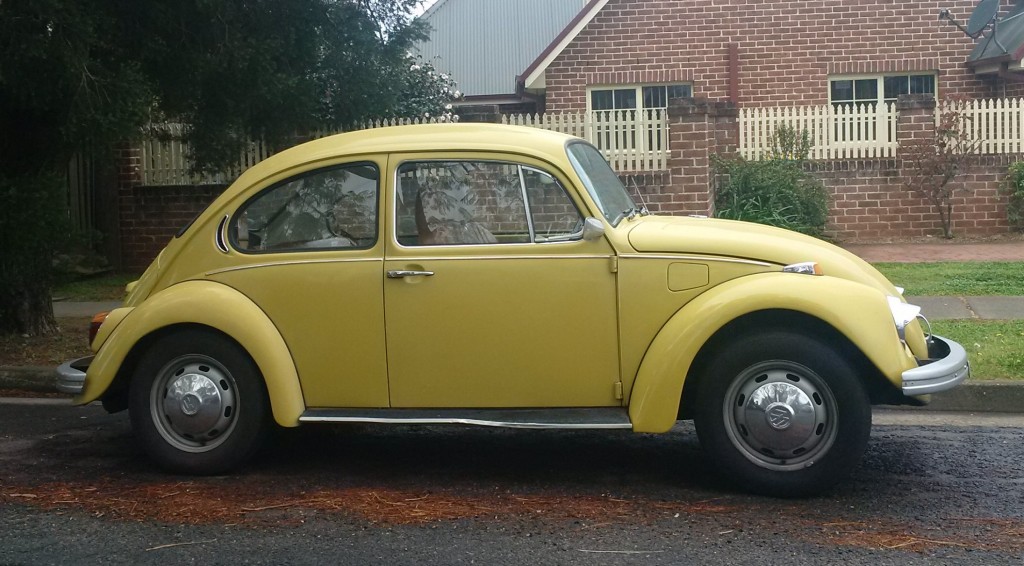 At the moment VW is on the nose, but it is not for the first time!

In the 1950s, VW was seen by most Americans as a European oddity with links to Nazi-era Germany. In other words, it had the kind of baggage that just can’t be stowed away in the trunk. However, Doyle Dane Bernbach’s Think Small ad campaign changed all that by turning one of the VW Beetle’s biggest perceived failings – its diminutive size compared to American cars – into an asset, and a social statement that would grow throughout the next decade.

Before America knew it, the “people’s car” commissioned by Adolf Hitler in 1933 was the ride of choice for the flower power generation of the ‘60s. That’s quite a trick–- no wonder Think Small is ranked as AdAge’s top ad campaign of the 20th Century.

Don’t ignore criticisms or misconceptions about your product. Challenge them, face them head on and turn them on their head. Why concede and start making products like everyone else, when all you’ll do is lose your point of difference?

When IKEA founder Ingvar Kamprad first struck the idea of building flat-pack furniture that could be delivered cheaply to the masses because it cost less to transport and store, he scarcely could’ve imagined 50-odd years later his company would be opening 20 new stores a year and have a catalogue more widely read than the Bible.

But IKEA’s almost slavish following from the middle classes isn’t just about product and logistics. In fact, IKEA’s growth and success as a truly global brand without borders rests quite significantly on the experience – one Kamprad first started honing back in 1965 when he opened his flagship store in Stockholm.

Anyone who’s visited an IKEA store would recognize it – its vast size, the showroom circuit which slows down foot traffic, the store room and check out area that’s more like an airport terminal than a till, not to mention the restaurant seating 350.

Kamprad reinvented the shop as theme park, and today the IKEA faithful return to their local stores for the “experience” of buying and the lifestyle it offers, as much as for what they buy. IKEA’s strong product range and support via its iconic catalogue (which gets randomly mailed out to more than 100 million households each year and is said to gobble up 70% of IKEA’s marketing budget) help keep the concept fresh, but much of the heavy brand lifting is done by its PR department.

Not one store launch goes by without a competition rewarding the first at the door, generating masses of free publicity as cameras follow the lines camped outside, while others vie for the chance to be an IKEA Ambassador for Kul. What is Kul? It’s Swedish for fun.

Providing entertainment and an “experience” beyond shopping is added value consumers can find priceless. Instead of selling a product or a service, market a lifestyle or an experience.

Until recently, The Ford Motor Co. was known primarily for two things – Henry Ford’s automated production line and its complete distain for marketing. If there was ever a company besotted by the power of the car salesman, it was Ford, a brand that struggled with its image in its home market for decades. In fact, up until the global credit crunch hammered home the need for a rethink, Ford’s US car division’s brand slogans used to change every 18 months to two years. No wonder US sales dropped – Americans no longer knew what Ford stood for.

However, if there’s one company that really stood up and took notice of the recent need for change, it is Ford. And nothing epitomizes its efforts more than its Fiesta Movement strategy, which was hailed on its completion in 2010 as a text book use of the medium that has changed how Detroit looks at social media.

The strategy simply saw Ford selecting 100 social media users to live with its Fiesta super-mini for six months in the run up to the car’s US release. Ford gave them missions to carry out with their Fiestas every month – such as delivering meals on wheels – while these social media brand ambassadors blogged about the experience, posted videos on YouTube and generated comment streams on Facebook, Twitter and Flickr.

So far, so what – but what really made the strategy shine was its execution. Few brands, large or small, really get that using social media requires subtlety, but with Fiesta Movement Ford really stood back and let other people talk about their product to not only generate brand awareness, but brand credibility. Ford created a website for all the crowd-sourced content being generated, but crucially, they didn’t edit it.

In 2010, consumer protection trackers ALG had Ford leading all other car and truck brands in gains of perceived quality, while Ford car sales in the US had a growth rate double that of the industry average.

Businesses looking to grow their brands via social media often think it’s all about creating your own content. It’s actually about kick-starting content from others who can add credibility to your brand with their independent voices.

For a beverage company making a product which, shall we say, isn’t everyone’s cup of tea, it takes real creativity and lateral thinking to generate near-universal positive association for the brand.

But that’s exactly what Irish stout brewery Guinness did in 1955 with the Guinness Book of Records. It was four years earlier that Guinness Brewery’s then Managing Director, Sir Hugh Beaver, famously came onto the idea of distributing a free publication of record facts to pubs as a marketing exercise. It came to him during a shooting party in County Wexford, when he was arguing about which game bird was Europe’s fastest and realized he was having the kind of argument many of his customers have while supping a pint of Guinness in a pub.

After a positive reception with drinkers, Guinness released its first retail edition for Christmas 1955. It became an immediate best seller and a new edition was soon being printed every year.

Today it is known as the Guinness World Records, and isn’t even owned by the brewery anymore. However, the publication has become the world’s best selling copyrighted book, and the Guinness brand is one of the best known in the world (enjoying an almost unprecedented 98% prompted recall rate among tested consumers in the English-speaking world).

Perhaps the biggest irony, though, has been the services Guinness has carried out for marketing along the way. After all, few brands can claim to have created an entirely new category of PR which, on average, can generate £250,000 of media coverage for companies involved in record-breaking attempts.

When it comes to promotional material, think outside the box because a promo item doesn’t have to be directly related to your product or service to be relevant. In fact, a niche product brand can greatly benefit from being associated with a promotional item popular with a wider audience.

In the late 19th Century, when societal pressures confined many women to the role of house-bound housewives, door-to-door salesman David H. McConnell stopped selling books and started selling perfume instead – in essence bringing the department store to their door.

However, the real stroke of genius came in 1886, when his business, the California Perfume Company, hired Mrs P.F.E. Albee as its first female rep. Shunning the traditional male door-to-door salesman, who’d often talk down to the customer, in favor of empowering other women in the role so they could be relatable for their customers was a brave move, but it soon paid off.

By 1920, McConnell’s company – now known as Avon – was selling $1 million of cosmetics every year, dwarfing the annual sales of many department stores of the period.

Distribution choice is just as an important part of marketing as advertising and R&D, and if you can find a profound and effective way to reach your customer, you can use that choice as a point of difference to build a strong, unique brand.