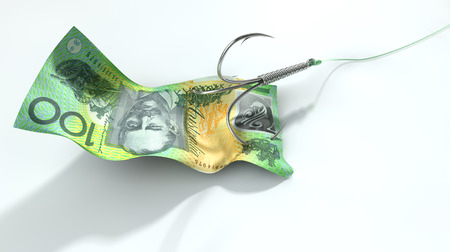 (Until the ATO spoilt the fun)

How would you, your relatives and friends like to pay no income tax at all and obtain refunds of the GST paid on your personal expenses?  Does this sound too good to be true?  It certainly is!

Here is how some enterprising individuals (who were all connected by blood, marriage or friendship) tried to do it:

In 2005 they set up a foundation called The Study and Prevention of Psychological Diseases Foundation Incorporated (or SPED for short), and obtained charitable status as a health promotion charity.  The endorsements obtained meant that SPED was exempt from income tax, was able to claim GST input tax credits, and was a Deductible Gift Recipient (meaning that donors could claim a tax deduction for gifts made to it).

The purpose of SPED was to determine the Ideal Human Environment, where “all people regardless of race, colour, creed or religion can be emotionally and physically safe from and with each other.”  This would require ““24 x 7 research and then trial and test research findings through the conduct of programs designed to promote the prevention of psychological disease.”

It is the nature of the research that is so interesting.  The 21 members of SPED were both the researchers and the “guinea pigs”.  Only one of them had studied psychology.  Members were required to donate their income to SPED (and consequently paid no income tax).

“Researchers undergo normal life activities such as going to work, minding children, and maintaining a household.” Everything that SPED’s members did, 24 hours a day, seven days a week, was deemed research.  For this reason all their living and other expenses were paid by SPED.

SPED also ran various projects, such as investigating human behaviour as it relates to the use of luxury cars. To carry out this fascinating research SPED purchased a $100,000 Hummer, a $300,000 Ferrari and a $695,000 Rolls Royce.  Other projects included travelling to India to attend a wedding, and “Project Gambling”.  SPED never published its findings to the wider community.

Unfortunately for SPED, in 2009 the ATO began a review of SPED’s endorsement as an income tax exempt charity, and by 2011 had formed the opinion that SPED had not satisfied the requirements of a charitable institution and revoked SPED’s charitable status.  SPED objected unsuccessfully, and then appealed to the Administrative Appeals Tribunal.

The AAT found that at no time did SPED’s activities meet the requirement to promote the prevention or control of diseases in human beings, and ruled that the ATO was correct in cancelling its charitable status from 2005.

It would be very interesting to study the mental health of SPED’s members when the ATO takes action to recover the back taxes owed by them!